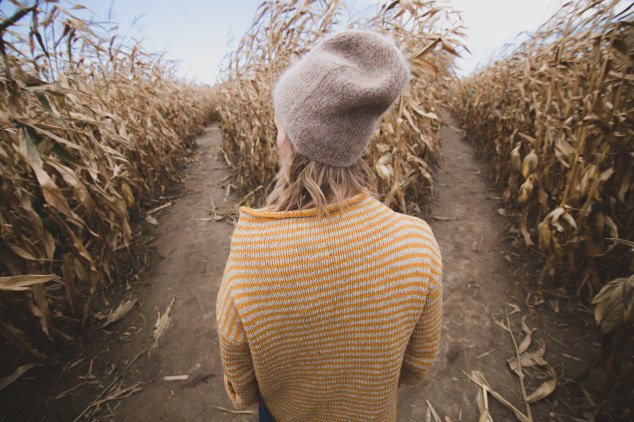 Photo by Burst on Unsplash

I have a lot of feelings on this one.

But, as I’ve seen discussed in my loss groups and uttered by people unaffected by either loss or abortion, “How is one OK but not the other?”

In other words — if we say it’s okay to terminate an embryo or fetus at certain points because they are not yet living, why should miscarriage at those points mean anything?

To me? It all still boils down to that key word: choice.

After I had my first child, I remember being filled with rage and empathy for any woman ever forced to carry a pregnancy she didn’t want; to fulfill a birth she didn’t want. Agony for any woman who had never been given the choice in all of the eons of “we’re having sex for more than just procreation.” Pregnancy and labor are and can be debilitating. Life changing. My body is physically changed in ways that are negative; labor truly can be an excruciating process. And so on.

So with that being said, anyone who chooses to give an unwanted baby up for adoption: that’s amazing. But I don’t even remotely feel it should be the only option outside of “raising said unwanted child.” Women literally die during the processes of gestation and delivery. Frankly, I don’t see how forcing anyone through that who does not wish to be pregnant isn’t considered torture.

Going back to: choice.

You lose a lot of choice in pregnancy. I have spoken at lengths with other people about this and have read more pieces than I can count on it. The moment a woman gets pregnant, she ceases to be seen as someone who can make choices for herself: all choices must be made in the lens of baby. Vaginal or Cesarean? Lunchmeat or no lunchmeat? To work alongside parenting or not? Do I dare sleep on my back or no?

Here’s the thing that sticks with me through both my pro-choice stance and also the reality that I am forever impacted by my many miscarriages: I didn’t have a choice.

Now what of the comments that occur? The justifications some pro-choicers make?

“It was just a bunch of cells.”

To an extent, yes, this is true. I see those 6 week abortion bans try to get passed in the states and I feel chills. A six week ultrasound doesn’t even always show a heartbeat — sometimes you’re still waiting to see a fetal pole. It is, more or less, a chocolate chip size bundle of cells.

What about later? In many places throughout the world, termination is allowed up to 20 weeks, and sometimes even up until “viability” (23 to 24 weeks) without requiring certain legal and medical hurtles. Those are more than a clump of cells.

But it also remains — where is the choice here for either party? I can be sad that I passed the sac of my future baby at home after contractions and sobbing; I can support a woman who took a pill and went home to do the same because she did not want the baby. Her choice does not invalidate my choice to be sad. She didn’t take my baby away from me (an unfortunate sentiment I often seen uttered by women with RPL who are anti-choice).

And the real nitty gritty is that many of us have shared the exact same steps: missed miscarriages often get the same treatment as a voluntary termination. Taking a pill and waiting, or going in for a D&C surgery.

Our losses are both even dubbed the same thing: abortions. Those of who miscarry just get the “spontaneous” part in front.

As for the late term abortions? My world was forever shaken when I read a piece by a woman who was so grateful for the ability to choose this for her fetus with a terminal diagnosis. Without the option for “early induction” (often code for late term abortion when it’s for a terminal fetus), she would have had to wait until her baby died inside her before seeing him, since he was certainly going to die. Instead, she was able to hold him alive for those precious seconds following the late term abortion since his death was inevitable. The legal ability to choose termination gave her the life of her son. She got to experience those last breaths.

What about the flipside of all of this — the people who discount pregnancy loss? The “it wasn’t a real baby” comments? Well, if you are simultaneously pro-life when saying this, I have a phrase in mind for you that isn’t pleasant (and I’ve absolutely encountered anti-choicers who didn’t give a damn about miscarriages to those close to them). If you are pro-choice and feel the same way, I ask only that you reflect on that “choice” as well; me seeing these losses as my babies, especially the ones where we knew the sex and what they died of (or never got a chance to survive with), does not mean we need to reevaluate terminations elsewhere. Quote me in your arguments with anti-choicers, too: I am a woman who has had 8 miscarriages and is still very pro-choice.

And in light of that revelation, too — yes, we know our losses were unviable. After agonizing (and expensive) testing and waiting and miscarriages, wondering if I was aborting healthy babies myself by not having enough thyroid hormone or any other issue that we hypothesized, we learned that we were losing aneuploid embryos and fetuses. An unlucky combo of bad sperm and a very receptive uterus.

The other phrases I hear often on this topic include: well, there was something wrong with them. It’s good they never made it to term. They weren’t going to survive anyway. Did you really want to bring an unhealthy baby into the world?

Well, I didn’t get a choice on that last one. But I can tell you, as somehow who fully always planned to terminate for medical reasons if ever faced with that horrendous dilemma, that I was fully versed in the rare trisomies we kept making because I was ready to try and bring one to term. I so wanted another baby. And I was so, so tired of losing them. But I get why anyone would choose to terminate. And I also get why someone might wait to let the fetus die within them, too. Even not choosing to do anything is, after all, still a choice.

And let’s not forget: rarely do miscarriages and loss get any focus. Don’t talk to me of saving unborn babies if you don’t even ask when mine were due, what their names were, or how I felt when I lost them.

If you protest outside of a clinic but have never even sent a card to someone after a loss, you’re a hypocrite.

If you devote your life to “saving unborn babies” but you don’t consider me a mother of 11, you’re a hypocrite.

If you have no problem not minding your own business about other women’s bodies by being “pro-life,” but don’t inquire into how a loss mom is doing or how she felt about her baby because it’s “not my business,” you’re a hypocrite.

2 thoughts on “Reconciling being pro-choice after recurrent pregnancy loss”